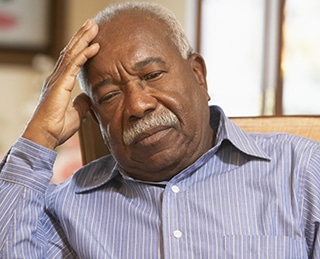 While anxiety can be normal from time to time, there are more serious instances known as anxiety disorders.

Anxiety disorders in older adults can be triggered by the transition into aging that includes changes in health, memory, finances, relationships, and more. Additionally, the fear of aging itself, loneliness, becoming sick or hurt or passing away can be attributed to anxiety.

Anxiety disorders range from OCD to PTSD and may be linked to several risk factors in older adults. Let’s explore the different types of disorders and how age can affect the prevalence of each.

According to Keri-Leigh Cassidy, MD and Neil A. Rector, PhD, the most common disorder in late life is General Anxiety Disorder, which is characterized by at least 6 months of worry.[3] Physical symptoms of GAD include fatigue, trembling, headaches and muscle tension.

Certain medical disorders most common in older adults can be responsible for General Anxiety Disorder. These include heart disease, hormonal problems and neurological illnesses.

Increased use of medication, financial burdens, death and divorce can be underlying causes of GAD in older adults as well.[4]

Obsessive Compulsive Disorder is characterized by unwanted obsessions or compulsions one may feel they can’t control.

Those with Obsessive Compulsive Disorder perform rituals such as counting tiles or washing their hands repeatedly to prevent obsessive thoughts.

Insufficient serotonin in the brain and changes in one’s body may cause OCD. If left untreated, OCD can last until old age. One study found a second peak of incidence of Obsessive Compulsive Disorder in women age 65 or older.[5]

Panic Disorder is characterized by panic attacks and sudden feelings of terror. Some symptoms of panic disorder include shortness of breath, fear of dying, chest pain, and heart palpitations.

Panic attacks begin in early adulthood and can worsen with age. Medical issues such as hypoglycemia and hyperthyroidism have been linked to panic disorder.

Life altering events such as the death of a loved one or serious medical conditions can contribute to the onset of Panic Disorder.

Social Anxiety Disorder is characterized by excessive anxiety and self-consciousness in social settings. It’s a chronic fear of being observed and judged by the people around you.

Having three or more chronic conditions and having suffered from a stressful event such as the death of a spouse are risk factors of developing Social Anxiety Disorder.[6]

Post-Traumatic Stress Disorder is a severe emotional reaction to trauma. Instances that may cause PTSD include abuse, violence, and natural disasters.

Common symptoms of Post-Traumatic Stress Disorder include flashbacks, nightmares, depression, distraction, anger, irritability and the feeling of being suddenly and easily startled.

PTSD is common in older adults, particularly war veterans. PTSD symptoms can be delayed for many years, which is a reason onset can happen in late age.[7]

Life events associated with aging such as death of a spouse, financial and physical distress and severe pain can trigger Post-Traumatic Stress Disorder.

Physical disorders that worsen with age are another risk factor for PTSD.

There are various treatment options for anxiety disorders including therapy, medication or a combination of the two.

Sometimes, people may need to try different treatments or medications to find the best one for them.

Medications most often used for anxiety disorders include antidepressants, anti-anxiety drugs, antidepressants and beta-blockers. These medications can help with both the physical and mental symptoms of such a disorder.

While medication won’t cure any of the disorders, they can significantly alleviate the symptoms associated with them. Please ensure that any medication taken is prescribed by a licensed physician.

Another treatment option is therapy. During therapy treatments, patients work with a psychiatrist, social worker, counselor or psychologist to diagnose and help treat their specific disorder or disorders. A therapist can help you adapt your thought process and teach you various coping mechanisms. Cognitive behavioral therapy (CBT), specifically, aims at teaching individuals relaxation methods like deep breathing. In CBT, the goal is to rid the mind of intrusive and negative thoughts brought on by a disorder.

There are also natural ways to help cope with anxiety disorders including diet and exercise. Yoga particularly has been said to help with anxiety.[4]

If you think you may be suffering from an anxiety disorder, the first step is to share your concerns with your primary care doctor. Your doctor can help determine the symptoms and refer you to a mental health professional. Thankfully, Medicare provides coverage for a wide range of treatments including mental health.

Please speak up about your concerns so that you can live a happier and less stressful life. It is never too late to seek help. 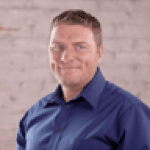