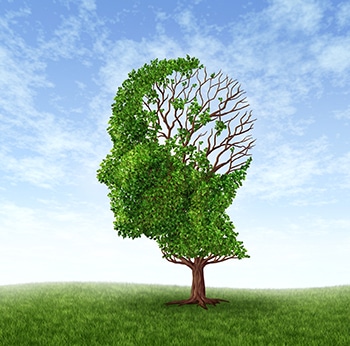 I was diagnosed with clinical depression and anxiety in my teens. I struggled with it for many years in silence and isolation before my diagnosis. There came a point where my only interaction was with my cable internet plan. No human contact, no social contact, no nothing. I was constantly anxious when among people.

Eventually, through a mix of medication and talk therapy, I managed to bring some stability to my life.

But my struggles with depression and anxiety are not the purpose of this post. The effects of undiagnosed disorders are.

What undiagnosed mental disorders can do to your long-term health

Despite awareness and support campaigns, we still have a long way to go. Mental disorders are still not considered as serious as they are. I know of many people who are afraid to tell their social circle that they are seeking therapy.

At the other end of the spectrum are people who never seek help for mental disorders. The reasons for not doing so still remain the same. Many people live their entire lives with a mental condition. They die without ever being diagnosed.

I want to underline how important professional help is. So I am highlighting seven effects undiagnosed mental disorders can have on the body:

A more detailed look at each effect follows below:

This one is fairly obvious but it needs saying. If you have a mental disorder that is not treated, the long-term effects can be significant. Your disorder is likely to get worse, or even compounded by other disorders.

Yes, other disorders can develop if you don’t seek treatment. Disorders like clinical depression tend to ebb and flow. But without professional treatment, the depression can turn into a more severe problem. As the disorder worsens, so do the symptoms.

People who in the past barely showed symptoms of mental distress may exhibit the full range of symptoms. The more you delay treatment, the more your disorder can worsen. It keeps on becoming more complicated and gets more difficult to treat. This directly affects your quality of life.

2. Anxiety can weaken the immune system

In response to these chemicals, your body jacks up your pulse and respiration. This increases the flow of oxygen to the brain. The flight-or-fight instinct prepares you to respond to an intense situation, after which, the body should ideally go back to normal. It can even give your immune system a boost.

But this doesn’t happen to people who suffer from anxiety disorders. For chronic or extended anxiety patients, the body never returns to its normal state on its own. The constant flooding of hormones and increased pulse and breathing rates damage your immune system.

You may become more susceptible to viral infections and you may also experience illnesses more frequently. In some anxiety cases, even vaccines stop working as effectively as they normally do. Undiagnosed anxiety disorders leave you open to the attacks of viruses and illnesses that your immune system would normally protect you from.

3. Dampening of the drive to exercise

Many people suffering from mental disorders may seem lethargic. Disorders like depression sap a person’s will to do tasks. Even tasks that do not involve intense mental concentration can be challenging.

When I was still undiagnosed, I managed to get myself dropped from the school basketball team. Why? I couldn’t make the effort, to be blunt. I couldn’t drag myself to practice after school. Sometimes, even when I’d get to practice, I’d be unable to give 100%. It was only later that my therapist linked this lethargy to my mental health.

A lack of exercise can seriously impair your quality of life. Especially if you are suffering from a mental disorder. Exercise helps to release feel-good hormones in the body, namely endorphins. These endorphins help ease your mood and emotions. Which is why psychiatrists often recommend daily exercise to their patients.

4. Significant loss or increase of appetite

Having a mental health condition can seriously impact your appetite. In my case, when I was at rock bottom, I had lost almost 80 pounds in two years. At an even six foot tall, I weighed just a little more than 120 lbs.

My treatment showed me that it was my mental disorder that was affecting my appetite. In my case, it was making me eat less. I could not taste or savor food like I used to.

At first, I would think that my cooking was going downhill. But it was actually my mental state that was killing my appetite. Eating more than usual may also be a result of chronic stress or depression.

Mental disorders affect people differently. But it is generally accepted that significant changes in appetite are a warning sign. Especially if accompanied by digestive problems like constipation or indigestion. Or emotions like dissatisfaction, guilt or sadness.

5. An increased need to smoke tobacco

People who suffer from anxiety or depression may feel a powerful urge to smoke. This is especially true for people who already smoke or used to smoke in the past.

Many people with mental disorders believe cigarettes help ease their symptoms. But the fact I learned the hard way was, this effect is only temporary. Let’s put things in perspective.

People who suffer from depression have a doubled likelihood to smoke. Schizophrenia patients are three times more likely to smoke. Nicotine in cigarettes interferes with the chemical balance in the brain. It temporarily boosts dopamine, which is usually low in a person with depression. This explains why such people tend to smoke so much.

But there’s another side to consider. Nicotine also interferes with the brain’s ability to produce dopamine. Which means a patient begins to rely on cigarettes to experience a positive sensation.

The harmful effects of smoking on the human body are well documented. From an increased risk of cancer to heart disease to infertility, smoking is harmful. An undiagnosed mental condition can lock you in a vicious cycle of smoking. Prolonged use will end up harming your organs.

Skin conditions, especially psoriasis, are often brought on by chronic stress. Psoriasis symptoms include flaky and itchy skin. But it also has much more damaging effects.

Psoriasis affects roughly affects around 7.5 million Americans. This is according to the National Psoriasis Foundation [2]. It can seriously impact both physical and mental well-being.

Like smoking, psoriasis can lock you into a damaging, vicious cycle. Especially if you suffer from a mental disorder. The skin condition causes physical and mental distress to the patient. This distress causes psoriasis to flare up. The flare-up causes more distress and the cycle continues.

Individuals with mental disorders are at a higher risk to develop substance abuse problems. And if you are suffering from severe anxiety, this can even transform into substance abuse disorders.

These type of disorders include alcoholism or drug addiction. People may abuse alcohol, prescription medication, or even illegal drugs. An untreated mental disorder is bad enough. Having an untreated substance abuse disorder can be worse. Having both disorders untreated put an individual’s quality of life at serious risk.

This is something that I was all too familiar with, just a few short years ago. My days passed in a stupor looking at whatever channel was on my cable package while drinking heavily every day. Ultimately, I developed an ulcer which finally made me recognize my substance abuse. I am someone who suffered for a long time without understanding what was wrong with me. So it’s not surprising I have a soft spot for people who go through the same.

This post aims to help people understand what risks they face with an undiagnosed mental condition. It’s never too late to get help. Start your journey to recovery today with professional therapy. 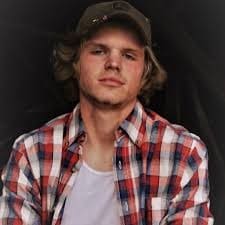 Stephen Mills is a freelance writer with a penchant for all things health and wellness. He has been writing for quite a few years on health websites. His aim is to create informative content that can help people deal with health problems and lead a better life. He has been frustrated with his cable internet plans in the past, but now is very satisfied with his current one.

Related Posts:
<= Previous Posts Acute Stress Disorder vs PTSD – Are they Similar or Different?
Next Posts => How to Know If You’re Stressed Out or Suffering From Anxiety
3 comments… add one

He looks as healthy as anyone I have ever seen. Not bad.
Billigt online recently posted…Billiga flyg online

Sorry I put my comments in the website box. Not doing so well sorry.

Sorry I put my comments in the website box