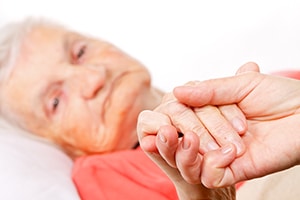 For many older adults, the reality of developing Alzheimer’s Disease in their lifetime is growing, which means for many grown children, so are the chances of them having to care for a parent with Alzheimer’s.

Alzheimer’s Disease is the sixth leading cause of death in the United States, and roughly one out of ten people over the age of 65 are diagnosed with it each year.

Even though more and more research is done every year to track down the causes of Alzheimer’s and work towards a cure, the conversation around Alzheimer’s is often hushed or is drowned out by the noise of so many other diseases and conditions seeking their own support for research and treatment.

When it comes to topic of anxiety, talking about Alzheimer’s is a must.

What is Alzheimer’s Disease?

Many people understand Alzheimer’s by its most common two word definition: memory loss. In truth, however, it is a much more complicated and devastating condition than that.

The growth of amyloid plaques and tangles of the ‘tau’ protein in the brain – these two culprits starve and damage brain cells, causing them to die off or stop working. They interrupt communication between brain cells by stifling the pathways (synapses) through which cells send and receive messages as well as by damaging the structural integrity of the proteins needed to supply nutrients to cells.

These plaques and tangles progressively eliminate more and more brain cells and damage more and more intercellular circuitry. Over time, the brain of someone with Alzheimer’s may actually begin to shrink.

That last symptom listed, anxiety, is more of a culmination of emotions and mental states involving the frustration, agitation, and paranoia that accompanies the disease, especially with someone in the late stages of Alzheimer’s.

It is important for older adults as well as caregivers to be aware of the potential for this degenerative condition to result in high-stress and anxiety-filled mental states.

Behavioral anxiety symptoms of Alzheimer’s are often the most challenging

According to the Alzheimer’s Society, behavioral symptoms of Alzheimer’s Disease associated with anxiety are often the most challenging and toughest for family members and caregivers to manage. A person suffering from Alzheimer’s may not just have trouble remembering something, but will physically act out over their frustrations.

Verbal and physical outbursts, pacing, sundowning, shredding paper, not being able to sleep, and even hallucinations may accompany feelings of emotional distress and paranoia a person with Alzheimer’s is feeling.

While a somewhat natural part of the disease, behavioral issues and anxiety may be exacerbated by medical and environmental factors, including:

Why do people with Alzheimer’s feel anxious?

Why do people with Alzheimer’s feel anxious? The way the brain works is key to answering this question. Most of the brain’s cells negatively impacted by the amyloid plaques and neurofibril tangles exist in the grey matter – the grey matter portion of the brain controls memory, emotions, muscle movement, sensory perception, decision-making, speech, and self-control.

The world makes less and less sense as your perception, judgement, and ability to learn and process critical information becomes more and more impaired. The simple appearance of an old friend whom you don’t recognize can send waves of panic and anxiety through someone with Alzheimer’s.

Not remembering the date or the day of the week, and lacking the ability to understand why you don’t remember or recognize those things induces a combative and isolating frustration and agitation that only makes the situation feel even worse.

Oftentimes people with Alzheimer’s will misperceive a question or suggestion for help as a threat and act on that fear and paranoia.

What Can Family and Caregivers Do?

The Alzheimer’s Association shares helpful tips, best practices, and ideas for family and caregivers managing behavioral symptoms as part of Alzheimer’s care for a loved one. While a full medical evaluation by a doctor is key, other simple environmental and social considerations can help including:

A scheduled framework for daily events and tasks (i.e. waking, eating, taking medicine, watching TV, exercising, etc.) can provide structure and stability to someone with difficulty remembering and processing.

A relaxed and calm living environment can stave off feelings of stress and anxiety for someone with Alzheimer’s. A little quiet and privacy can go a long way as well as soothing rituals and objects that help them feel secure.

Anxiety associated simply with losing independence and self-reliance as your loved one ages with Alzheimer’s may also be natural. Simplifying tasks with ease of use aids like a reacher grabber tool, dressing aid, or mobility device can bolster confidences.

Both low-impact exercises as well as spending time outdoors in nature have been shown to help fight anxiety as well as aid Alzheimer’s sufferers. Physical fitness may actually even stimulate growth of brain cells and synapses to lower the rate of disease progression.

Family and caregivers must be vigilant monitors of their loved ones with Alzheimer’s, keeping track of vital signs, food and beverage intake, as well as constipation, pain levels, infection, skin irritation and temperature.

A large number of older adults regularly experience what is called mild cognitive impairment (MCI), the gray area between natural cognitive decline of aging and a more impaired condition associated with dementia.

A 2014 study in the American Journal of Geriatric Psychiatry found that for adults with MCI who also experienced anxiety, their risk of Alzheimer’s skyrocketed. Growing evidence also links depression later in life to higher risk of developing Alzheimer’s.

It’s not just Alzheimer’s patients who experience the effects of anxiety, either. For many caregivers, the stress and toll of managing the care for someone with such a decimating and volatile disease can in itself lead to anxiety and other mental and physical health issues.

Recognizing the role anxiety plays in both developing, managing, and dealing with Alzheimer’s will be key to equipping those who have it and their care networks with the right tools for tackling the disease head on. 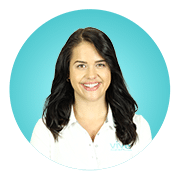 Jessica Hegg is the content manager at ViveHealth.com. Avid gym-rat and nutrition enthusiast, she’s interested in all things related to staying active and living a healthy lifestyle. Through her writing, she works to share valuable information aimed at overcoming obstacles and improving the quality of life for others.

Thanks your information , so helpful with me

All of us must be aware of the danger of anxiety and Alzheimer because we need to value mental health, and not take easy out of it. Thank you for sharing this one. :)
John Marc Ramirez recently posted…Lifestyle Habits That Contribute to Dementia, Chicago Caregivers’ Advice

I don’t understand why Alzheimer and anxiety dangerous for the aged people.

My mother always feeling helpless and mentally pressured but we kids always with her to take care.

Anyway, I’ve this is a brilliant pitch with the ideas about anxiety and Alzheimer bad experience metal health diseases.

We get some important value and inspiration to live mentally healthy. Thanks!
Ernest Davis recently posted…Symptoms, Causes & Risk factors of Uterine Fibroids: Diagnosis & Treatments for the Patients with Fibroids

Anxiety and its impacts are not only associated with the irrationality of thoughts, feeling of loneliness or timely nervousness. However, anxiety is a broader term which is capable of impacting your bodily functions. This article was very helpful. Thank you.

It’s really sad if there’s a family member have this disease. Acceptance is the only way to deal with it.

Jessi, First time I read something important and should learn for everyone to less stress and anxiety from life.

My mother always suggest to live together with the family member because my Granda live a single life before she died.

Mo said she always feel alone. And once she got Alzheimer and nothing remember.

Anyway, I love this post because we should know these diseases and should live a happy life.

Great article!
Are there any preventive drug treatments for Alzheimer’s disease, more specifically a method to decrease the amyloid beta plaques located in the brain?

I loved reading this blog, I have heard that cochlear implant has made a difference in many people’s life who are suffering from hearing disabilities. Keen to know your thoughts on this.

First comes worry which leads to anxiety. As life spirals out of control enter depression. This then confuses the person and is susceptible to other symptoms.

My husband has been diagnosed with Alzheimer in 2016 there’s a herbal foundation in Johannesburg they cured my husband Alzheimer’s disease . Pm me i will give their details. People can search about them on Google or youtube(total cure herbal foundation). My husband faced many difficulties and was in several depression, Trouble understanding visual image, aggression ,so many,. This thing happened to him in very crucial stage of our life. PM if someone needs info or buy direct from them totalcureherbsfoundation com they cured 100% of Alzheimer with their herbal formula .