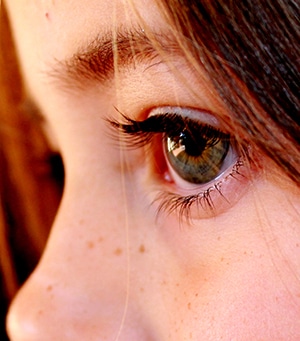 According to the National Institute for Mental Health (NIMH), over one in five children are either currently suffering or will suffer from a seriously debilitating mental disorder within their lifetime.

This statistic is staggering and should be one of the most concerning issues for our generation.

Children’s mental healthcare has evolved into a much better system, but there is still plenty of room for growth and improvement.

The Evolution of Children’s Mental Healthcare

Up until the early 1900s, all children over the age of fourteen were treated the same as grown adults in the legal system. Children were essentially considered ‘mini-adults’ with the full moral and rational capacity to make adult decisions and only lacking in physical development.

It wasn’t until the legal system, scientific community and health services came together that society began to recognize that a child’s brain is not fully developed or capable of adult-like decision making.

Over the past several decades, children’s rights, healthcare and overall quality of life has seen significant improvement.

The modern-day scientific and psychological community has focused on community-based and treatment-based care models to help study and treat different mental disorders.

Services for children have become more effective due to the contributions from medicine, pediatrics, technology and research.

It’s natural for an infant to experience some anxiety when a parent temporarily goes out of sight, but children can usually be distracted from such feelings.

Anxiety disorders in children manifest symptoms like excessive worry, a constant need for approval, an inability to separate from loved ones and an intense fear of social situations.

If a child suffers from anxiety and faces additional negative social interaction at school, then the symptoms can turn into disorders. Childhood bullying and social isolation are key factors in developing anxiety disorders that can continue into adulthood.

The NIMH cites that almost 8.5% of children are diagnosed with attention-deficit/hyperactivity disorder.

ADHD is the most commonly diagnosed mental disorder among children, and its symptoms can disrupt many key areas of a child’s development.

Though these children often have average or above-average intelligence levels, about 40% to 60% have serious learning difficulties.

Socially, ADHD children have difficulties developing relationships with their family members and school-aged peers. Children are typically not diagnosed with ADHD until they enter a public schooling system.

Our children’s mental well-being is arguably one of the most pressing issues of our time. According to the Child Mind Institute, an astonishing 80% of chronic mental disorders begin in childhood.

Untreated illness in childhood often results in chronic conditions in adults. Each day the disorder is unmanaged, the child’s daily activities like education and socialization are stunted.

Children who receive quality treatment, however, improve and learn to develop appropriately. Identifying these disorders early on and treating the conditions are the best ways to intervene in mental crisis.

Many of the children who suffer from mental issues never get the intervention and care they need and are instead commonly directed to juvenile correctional facilities.

The US Department of Justice juvenile facilities are not well-suited to manage mental health needs, so most children remain untreated.

What can we do?

Dr. Marcia Angell suggests that a wide variety of childhood disorders can be improved by making certain lifestyle changes related to an unsatisfactory diet, toxin exposure and emotional stress. While these changes won’t be a cure-all, it can help alleviate problematic behaviors and symptoms.

Dr. Brueck, among many other adolescent rights advocates, strongly supports school-based programs which could offer mental services to both students and teachers.

School-based programs can reach the largest amount of children possible and break down barriers like a lack of health insurance. Policy change can only be made once enough political momentum is formed to push for change. We can make a difference by advocating for similar programs and legislation.

The World Health Organization estimates that over half of all mental illnesses begin by the age of 14. They recommend several age-appropriate psychotherapies such as imaginative play, art therapy, animal-assisted activities and applied behavior analysis to help reinforce positive behavior in young children. Research suggests that such treatment may even prevent the development of more severe disorders.

Treatment in the form of psychosocial therapy, cognitive behavioral therapy and medicine has been shown to improve the symptoms related to these disorders, but most children suffering will never receive proper treatment. This should be a major concern for our generation, and we can make a change by advocating for legislation, changing destructive lifestyle habits and educating everyone about this pressing issue.

Mike Jones is a passionate writer with a great interest in everything related to mental health. Managing SchizLife.com, he focuses his research on all the aspects of schizophrenia. “Once I met a person that had schizophrenia, I decided to dedicate my life studying this mental illness.”, says Mike.

Related Posts:
<= Previous Posts Anxiety and Aging: Common Causes of Anxiety in Seniors
Next Posts => The Un-anxious Traveller: 5 Tips to Make Planes and Trains a Breeze
15 comments… add one

I couldn’t have said it better myself, Le Van Thai. Moreover, while childhood trauma is efficiently dealt with in therapy, in cases of mental issues based on abuse, the sufferer will always bear the reminiscence of the initial pain. We must always prevent and fight against such terrible situations.

in cases of mental issues based on abuse, the sufferer will always bear the reminiscence of the initial pain

Have a routine. When people feel down, they can get into poor sleep patterns, staying up late and sleeping during the day. Try to get up at your normal time and stick to your routine as much as possible. Not having a routine can affect your eating. You may stop cooking regular meals, eat snacks throughout the day instead or miss breakfast because you’re still in bed.

Treatment in the form of psychosocial therapy, cognitive behavioral therapy and medicine has been shown to improve the symptoms related to these disorders, but most children suffering will never receive proper treatment. Thank for sharing this message

The bad habits of childhood as a child it creates a bad premise for the personality as well as the routine of the baby. So we share the good things, the best care and teaching methods to serve the development of children’s future. Is that right?

Outside of trauma which can be addresed by proper therapy – EMDR, EFT, and Somatic therapies, one also needs to look at nutrtion, detoxificatioin, heavy metals and exposure to vaccinations and pharmaceutical medications. You body is designed to heal. But not with the introduction of synthetic chemicals that your body was NEVER designed to assimilate. These chemicals cause disruptions within a natural organic system. Please folks do your research into alternative forms of treatment for your children. This country and the worls is MEDICATED and there are more deaths now than ever before as a consequence of medications.

this is a very informative and knowledgeable video you have shared.