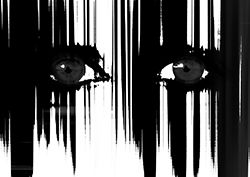 In Mark Vonnegut’s “The Eden Express,” his memoir on his schizophrenia, he wrote that knowing he was crazy didn’t stop the crazy stuff from happening. But sometimes, with some disorders, that might be a big help.

I was driving with my then fiancee, later wife, one gray winter Saturday afternoon. We had been shopping and were planning to see a movie when I pulled into the parking lot of a local multiplex cinema.

Suddenly she was overcome by something she couldn’t quite express. She was anxious, trembling, and said she felt a certainty that she was going to die. I managed to calm her down, and took her home.

Another time she had an even worse attack. It was around her late father’s birthday, and she became convinced he was coming for her and that she would die. This attack was so severe that I took her to Urgent Care. I tried to reassure her, tried to elicit more details so I could somehow help her, when something clicked in my head: Panic attacks.

We both were working journalists then. That was how we met. We hit it off and risked the problems associated with an office romance. That romance turned into marriage and has outlasted those jobs. She was mostly on the copy editing and layout side of the aisle, I was a feature writer. Several years before I had written a feature story on panic attacks, and that past phrase stood out: “I felt like I was going to die.”

So I told my wife that she was having a panic attack, that I knew this because I had researched and written about them. Almost immediately, the attack began to subside.

Her anxiety had been so great because she didn’t know what was happening. She’s a little bit superstitious, a little more open than me to believing in paranormal phenomena, premonitions, dreams foretelling the future and the like, but rationally inclined enough to dismiss most such notions as crackpottery. But when her brain started to misfire, she grasped for any explanation.

Maybe it was a brain tumor, or a heart attack – there were instances in her family. Maybe she was having a premonition of her death. Maybe she was crazy and needed to be locked up. She worried about her aging mother’s slight but increasing signs of dementia, and knew that such problems could be genetic and inheritable.

But knowing – or being told by me anyway, a layman but one she loved and trusted – that there was a rational explanation, and one that might be controlled with therapy and medication if it became severe, was reassuring enough that the worst of the attack was soon over.

According to the National Institutes of Health’s National Institute of Mental Health website, “Panic attacks are characterized by a fear of disaster or of losing control even when there is no real danger. A person may also have a strong physical reaction during a panic attack. It may feel like having a heart attack.”

NIMH says no one knows for sure why some people have panic attacks, but “Some researchers think that people with panic disorder misinterpret harmless bodily sensations as threats.”

One of the causes for the first attack might have been the prospect of the number of people at the movie theater. She has a certain amount of social anxiety which can flare-up, and movie theaters on a Saturday can be crowded.

But the main cause was, in at least one sense, hereditary: she got it from her mother, who had been giving her grief over our upcoming wedding. Although her mother approved of the marriage, she wanted the ceremony to be held where she lived, several states away and a day’s drive. If it wasn’t, her mother said, she wouldn’t attend. Her mother was virtually my wife’s only living relative, so that was a big deal. Neither of us wanted to be married there, but the fight was causing my wife anxiety that likely triggered the attacks.

I don’t recall that it ever got that bad again following the Urgent Care visit. The knowledge of what was happening to her was a powerful defense. Also, my wife was prescribed a low dose of the SSRI sertraline, the generic version of Zoloft, and the benzodiazepine tranquilizer clonazepam, the generic of Klonopin.

Those can be addictive medications, but that was never her problem. She also has some mild depression, which often accompanies panic disorder. She saw a therapist for awhile, and tried a low-dose prescription of alprazolam, the generic of Xanax, but didn’t like the effect. She broke them in half, which the doctor later said made it more of a placebo.

Now when she has waves of depression, she trivializes them, by likening them to creatures from the Harry Potter novels, wraith-like beings who provoke feelings of soul-crushing dread. She says, “I’m feeling the Dementors.”

Stephen Bitsoli is a SEO content writer who works in Elite Rehab Placement’s Michigan office, writing articles that help addicts and their loved ones find the no-cost, full-service rehab assistance provider. A journalist for more than 20 years, and a lifelong avid reader, Stephen loves learning and sharing what he’s learned.

Related Posts:
<= Previous Posts 10 Signs You May Have an Anxiety Disorder
Next Posts => How Anxiety and Addiction Are Connected (And What You Can Do About It)
5 comments… add one

I tried to reassure her, tried to elicit more details so I could somehow help her, when something clicked in my head: Panic attacks.

That romance turned into marriage and has outlasted those jobs. She was mostly on the copy editing and layout side of the aisle, I was a feature writer.
hoa tuoi dep recently posted…Bó hoa yêu thương gửi tặng người ấy