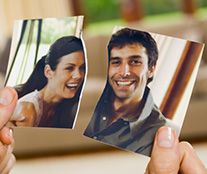 The most commented on articles on Anxiety, Panic & Health are those about Adult Separation Anxiety Disorder (ASAD)

The comments can be heartbreaking: confusion, mental anguish, strained and broken relationships, and the frustration of no “official” diagnosis.

All that is about to change.

A revision of the American Psychiatric Association’s Diagnostic and Statistical Manual of Mental Disorders, the DSM-5, is due out in May, 2013. It is in the final stages of testing and comment by psychiatrists.

For the first time, Adult Separation Anxiety Disorder is specifically listed as a diagnosis. If this diagnosis survives the final stages, many sufferers will have access to effective treatment for the disorder for the first time.

And since the DSM is used for diagnostic codes by almost every insurance company, there is the possibility of their covering the treatment of ASAD.

The American Psychiatric Association published its first edition of the Diagnostic and Statistical Manual of Mental Disorders (DSM) in 1952. The third version, the DSM-III, was published in 1980. For the first time there were clear standards for the mental disorders covered that enabled consistent diagnoses.

The DSM-III was such a success that it became the standard not only for mental health professionals, but for insurance companies, governmental agencies and for many doctors worldwide. The diagnostic codes in the DSM-III became an almost universal way to identify mental illnesses for research and the payment of insurance benefits.

The fourth DSM edition was published in 1994 (DSM-IV) and updated in 2000 (DSM-IV-TR). It carried forward the DSM-III’s categorical classification system and further refined the mental disorders recognized.

The most recent edition, DSM-5, is due for publication in May, 2013. It has been in development since 1999 and is a complete revision of the DSM-IV. It not only revises the mental disorders described, but changes the entire approach to how they are classified, grouped and the criteria for each.

Separation Anxiety Disorder in the current version of the DSM, DSM-IV-TR, is almost entirely focused on children. Its only mention of adults is in Section E, where it states (italics added): {{1}}

The disturbance does not occur exclusively during the course of a Pervasive Developmental Disorder, Schizophrenia, or other Psychotic Disorder and, in adolescents and adults, is not better accounted for by Panic Disorder with Agoraphobia.

Therefore, mental health professionals are pointed away from a diagnosis of Adult Separation Anxiety Disorder to some other mental disorder.

The DSM-5 has specific diagnosis criteria for ASAD

The good news is that Separation Anxiety Disorder is recognized as a diagnosis for both children and adults. Criteria have been reworded and/or modified to include adult symptoms. {{2}} As the “Rationale” portion of the new diagnosis states:{{3}}

Terms are added/deleted to increase the relevance to adults with Separation Anxiety Disorder (e.g., A 4 – “work”, A 5 – removal of “adults” since attachment figures may not be always adults (e.g. for adults, attachment figures can be partners or children).

That means a diagnosis of ASAD is possible, and that insurance companies will recognize it as a valid mental disorder.

What does the “Maybe” in the article title mean?

DSM-5 commenting is over – will ASAD diagnosis survive?

Part of the DSM-5’s development has been periods of open comment by psychiatrists on the proposed diagnoses and its new approach toward mental disorders. As of this writing, the final period for comments is over and the contents have been finalized.

It is possible that the Separation Anxiety Disorder diagnosis could be changed to exclude adults, or that a different diagnosis for adults might be substituted.

All we can do at this point is to keep our fingers crossed. The criteria for Separation Anxiety Disorder was last updated on April 30, 2012, so it seems that it may have stabilized.

What are the new DSM-5 criteria for ASAD?

A. Developmentally inappropriate and excessive fear or anxiety concerning separation from those to whom the individual is attached, as evidenced by at least three of the following:

B. The fear, anxiety or avoidance is persistent, typically lasting six or more months. Note: A shorter duration is appropriate in cases of acute onset or exacerbation of severe symptoms (e.g. school refusal or complete inability to separate from home or attachment figures).

C. The disturbance causes clinically significant distress or impairment in social, academic, occupational, or other important areas of functioning.

D. The disturbance is not better accounted for by another mental disorder (e.g., refusing to leave home in Autism Spectrum Disorder; delusions or hallucinations concerning separation in Psychotic Disorders; or anxiety about having Panic Attacks in Panic Disorder, or agoraphobia situations in Agoraphobia, ill health in Generalized Anxiety Disorder, having an illness in Illness Anxiety Disorder, or separation from attachment figures due to trauma in Posttraumatic Stress Disorder).

Fingers crossed until May, 2013

The comment period for the upcoming DSM-5 is over. The proposed DSM-5 criteria for Adult Separation Anxiety Disorder survived several revisions virtually intact. That seems to indicate that the criteria will make it into the DSM-5, but anything’s possible.

This is a ray of hope for sufferers of Adult Separation Anxiety Disorder. Finally, they can be diagnosed correctly by psychiatrists. And finally, insurance companies probably will pay for medication and therapy to treat this disabling, catastrophic disorder.

[[2]] The DSM-5 proposed revisions are no longer available online since the comment period is over. The Symptoms page can be downloaded as a pdf here [[2]]

<= Previous Posts Helping your Spouse Conquer Anxiety: A Wife’s Story
Next Posts => Can Anxiety Disorder and Panic Attacks Be Cured? Yes! No!
2 comments… add one

Stress, anxiety can also be caused due to separation from loved ones. Treat your anxiety it can be very helpful, it will be beneficial if you join in some support groups where you can get some additional help.

it will be beneficial if you join in some support groups where you can get some additional help.