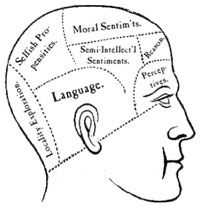 After a long hiatus, I’m back with four more interesting articles for you to read. Sunbeams, rainbows and bluebirds! Nothing to bring you down, and everything to lighten your mood.

Many people take Lexapro for Anxiety Disorders, and it can become quite costly after a while. Good news!

In March, 2012 the U.S. Food and Drug Administration approved the first generic Lexapro (escitalopram tablets) to treat both depression and generalized anxiety disorder in adults. Of course, generic drugs are much less expensive than name-brand medications.

This short article in The Telegraph describes a mentoring program sponsored by Anxiety UK, based in Manchester, England. A person suffering from an Anxiety Disorder is paired with a person who has overcome their own Anxiety Disorders. It sounds like a successful project, and one that would bear fruit in your location. If your local mental health organizations don’t have something like this, why not suggest it?

Panic in Paradise — Honeymoon Ruined by Agoraphobia and Panic

Kara Baskin describes her years of suffering from Panic Attacks and Agoraphobia, and how they ruined her Hawaiian honeymoon. Her description of a panic attack is one of the best I’ve read:

A panic attack offers the kind of slow-motion inevitability that I imagine a heart attack might, or drowning. Your heart pounds, your chest tightens, you sweat and gasp as dread sets in. It’s like looking at the world from inside an aquarium: Everyone is moving so languidly, so infuriatingly unaware — while you’re rattling around inside yourself on speed wondering where your next breath might come from, or if it will come at all.

Kara had tried medication before, but it either made her feel like a zombie or ballooned her weight. Finally she gave in and she and her new husband saw a psychiatrist, who gave her prescriptions for Zoloft and Valium. She says,

She continued to suffer after taking the medication, afraid to even step outside for more than two minutes. Finally,

…my medication took hold. It was sudden and intense. I awoke seized with energy… I grabbed a rake, hustled outside, and began sweeping leaves from our patio like a madwoman. It was imperative to me that this patio… look spotless. I spent hours out there … willing myself to the real world because I didn’t want to go back inside.

Do you love beer. I mean really, really love beer? But are you stuck in the house by your latest round of agoraphobia? Afraid you’ll fall apart in a crowded bar? Can’t quite get out of the house due to your OCD?

Theres an app for that! “Tweet-a-Beer” lets you buy beers for others, and when you’re better, lets others buy a beer for you.

Now if there were an app for Anxiety Disorders…

I’m extremely impressed along with your writing abilities as well as with the format to your weblog. Is this a paid subject matter or did you modify it yourself? Anyway stay up the excellent quality writing, it is rare to look a nice weblog like this one these days..

I appreciate your four article.you have share lot’s of latest information about health with us.people use a generic lexapro to treat anxiety and depression.this medicine is much costly than others.