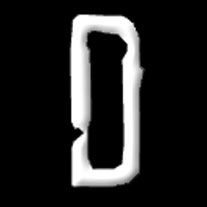 The average grade in 2009 for the United States was a D. This grade has not budged from the D the US received from NAMI in 2006. Fourteen states improved their grades in 2009. Twelve states fell backwards.

This national grade, an average of the state grades, reflects our country’s utter neglect of its most vulnerable citizens. The lack of improvement over time brings into sharp relief our complete failure to take charge of an ineffective system and begin to transform it.

Mental health care in America is in crisis. Even states that have worked hard to build life-saving, recovery-oriented systems of care stand to see their progress wiped out.

Ironically, state budget cuts occur during a time of economic crisis when mental heath services are needed even more urgently than before. It is a vicious cycle that can lead to ruin. States need to move forward, not retreat.

Too many people living with mental illness end up hospitalized, on the street, in jail or dead. We need governors and legislators willing to make investments in change.

This post provides details of the NAMI report, makes recommendations, and analyzes the implications of this dire situation for mental health in America.

What is the National Alliance on Mental Illness?

NAMI is the largest grassroots organization for mental health

The National Alliance on Mental Illness (NAMI) is the nation’s largest grassroots organization dedicated to improving the lives of individuals and families affected by mental illness. It was founded in 1979, and has affiliates in every state in the US, and in more than 1,100 local communities across the country.

For more information about NAMI’s mission and activities, visit their “About NAMI” web page. The main NAMI website can be reached by clicking the NAMI button in the right sidebar. I urge you to support NAMI in its important goals and activities.

What about the report? What are the details?

The NAMI report was undertaken in August, 2008, and had several improvements over the surveys done for the 2006 report. The survey was based upon the latest studies and research concerning mental health care in all its aspects.

The report was limited by lack of data

The nation’s public mental health system is complex, and NAMI states that the report was limited by the lack of reliable outcome data. They found that plans and policies may exist, but they do not necessarily translate to implementation. In addition, evidence-based practices may be intended, but fall short of adherence to standards.

The NAMI report is divided into four categories of scores for every state. Each category has 8 to 33 different criteria with a separate grade for each criteria as well as an overall grade for the category. The categories, with their overall grade, are:

This category counted for 25 percent of the grade. The overall grade for all states was a D. There are 16 criteria, including:

This category counted for 45 percent of the states’ grade. The average grade for all states was a C.  There are 33 criteria, including:

This category counted for 15 percent of the grade. The average grade for the states was a D. There are 8 criteria, including:

This category counted for 15 percent of the grade for the states. The overall grade for all states was a D. The 8 criteria include:

For more information on the overall report, with categories and criteria scores for the US, visit the “United States Scorecard” web page.

What grades did each of the states get?

The overall scores for the states were:

Following are the overall scores that each of the states received:

Complete information for each state, the methodology and the full report are available at the “Grading the States 2009” web page.

The nation’s grade was a D. What’s the problem?

The state of public mental health care in the US is not all grim. In many states, mental health agencies are building their programs and workforce on solid planning. They are moving toward evidence-based practices, and working hard to coordinate with other systems, such as physical health, criminal justice, and housing.

But these improvements are not deep enough or wide enough to improve the national report card. Too often, state mental health directors are frustrated by budget cuts, bureaucratic procedures, and outdated requirements. There are many critical components in this system, including federal agencies such as Medicaid and SAMHSA, governors, and state legislators. Without a unified commitment to change and concerted efforts at coordination, little can be accomplished.

This paralysis can be readily seen in the long list of problems that have led to our nation’s second consecutive grade of D. Among the problems faced are:

North Carolina received a grade of D, as did 20 other states. Deby Dihoff, Executive Director of NAMI North Carolina, states that:

Years of bad policy decisions have left emergency rooms, the criminal justice system, and families to shoulder the burden of responding to people living with mental illness in crisis. Our grade reflects the chaos and disorganization in our state.”

North Carolina is not alone in the “chaos and disorganization” in their state. It’s probable that the same thing could be said about the majority of states, and for the US in general.

Is there any hope for public mental health care in the US?

Make the same commitment to mental illness as to HIV

There is hope that this shameful situation can be changed. The United States has made great strides in combating cancer, heart disease, HIV, and diabetes. We must make the same commitment to recovery for people with mental illness.

The new Obama administration has a stated goal of fully supporting mental health care on a parity with physical health care. In addition, the new budget has significant spending for health care in general, with the aim of eventually making sure that every American has the insurance to provide the health care they need.

Along with these reforms, we need as a nation to put mental health on the same level of urgency as diabetes, cancer, and HIV. When suicides are responsible for more deaths than AIDS and homicides combined, it is obvious that mental health issues cannot be swept under the rug any longer for the general health of the nation to improve.

NAMI has many recommendations for transforming state public mental health systems, both in general and state-by-state. Rather than repeat them here, I urge you to visit the web page “Grading the States 2009: Recommendations” to learn more.

Georgia has had massive budget cuts

My own state, Georgia, received a grade of D, as did 20 other states. Georgia citizens have seen massive budget cuts, the closing of many community clinics, and the reduction of mental health services all over the state, particularly in less populous areas.

The local NAMI chapter was very instrumental in the decision to not close a community clinic in 2007 that serves a 6-county area. I shudder to think of what effect that its closing would mean to the mentally ill people of this area.

In the current economic crisis, states all over America are cutting budgets for health care in general, and mental health care in particular. I urge you to be active in trying to preserve the mental health care in your area. There are more than 1100 local chapters of NAMI across the US, and there’s a good chance of their being one near you. Join with them in helping to provide better mental health care for all the citizens of the United States! As mentioned, you can access the main website of NAMI by clicking the button in the rightmost column of this page.

If you have enjoyed this post, please consider subscribing to this blog, either via RSS or email at the top of your screen. It’s free! You can also follow me on Twitter from the same place. I would also appreciate your sharing this post using your favorite social media, such as StumbleUpon or Digg. Just click the little green “ShareThis” button at the bottom of this post.

<= Previous Posts Where Have You Been? Inquiring Minds Want to Know!
Next Posts => Beyond Zits: Acne and Anxiety Disorders Part 1
3 comments… add one

I was relieved to see that I live in a C state even though that doesn’t mean much for the state of mental health care in this country.

Living in a large city I see many homeless people that are obviously suffering from mental illness. If they get in trouble they are taken to jail overnight rather than getting the help they need.

It’s hard to know what I can do personally other than treating them with kindness, giving them a cigarette or food.

Similar to many cities, Philly is suffering from a budget crisis. I haven’t heard anything about programs for the mentally ill but have heard about cuts to homeless shelters – this can only be related.

Thank you for this article Mike.

I live in a D State, I’m not surprised. Like Kim, I see obviously mentally ill homeless people every day. From what I understand there just aren’t enough beds and it can be tricky to hospitalize somebody for treatment against their will.

As for the solution? I’m not sure. I think that having access to care before problems reach a crisis point would be a good start. When I was a teenager, I had inpatient treatment for depression – six full weeks. That’s unheard of today, for most people relying on insurance to pay. More housing that can also provide a supportive environment would be good. And I think educating people on the signs of mental illness and taking away the stigma would also help.

Thank you for this eye opening article, Mike.

@Kim and @Tracy Thanks for your comments!

We recently had an episode where my daughter was in inpatient care a week. She needed more, but that’s all the insurance would support. She left with some prescriptions for heavy-duty drugs and — at least in my opinion — not enough counseling to keep her from landing there again in the future. Fortunately, she has a good psychiatrist and psychotherapist who are doing some effective work with her.

The situation for those without adequate insurance is much more grim. Due to budget constraints, clinics and inpatient facilities are closing all over the place. Recently, the local NAMI chapter mobilized the community to prevent the closing of the regional inpatient facility that serves 4 counties — at least until next time the bean-counters are looking to cut stuff.

Despite the work of Mental Health America, NAMI and others the stigma of mental illness is not only healthy but growing. The media will do anything to get a laugh, and the society is wallowing in absurd misinformation about mental illness. I believe that this stigma is one of the reasons that mental health care is in such an abominable state in our country.

I think it will take a major governmental program to combat the stigma of mental illness, but with all the other demands for time and money, I don’t see this happening any time soon, if ever.

Sorry for the long reply. You hit two of my hot buttons!