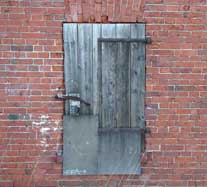 People with Social Phobia face very large barriers to getting the treatment they need — larger than those faced by others with mental illnesses.

Many of the barriers are the same as with other mental illnesses, but some are unique to Social Phobia. Mark Olfson of Columbia University says:

Socially anxious people are often ashamed of their symptoms and embarrassed to discuss them with friends or health care professionals. It is ironic that the very symptoms socially anxious individuals seek to relieve may interfere with their ability to seek treatment.

This post, based on research by Olfson reported in The American Journal of Psychiatry, goes into detail about the barriers people with Social Phobia face, along with what can be done about it. It addresses the following topics:

First, what is Social Phobia?

Social Phobia, also called Social Anxiety Disorder (SAD), is an Anxiety Disorder characterized by overwhelming anxiety and excessive self-consciousness in everyday social situations. People with Social Phobia have a persistent, intense, and chronic fear of being watched and judged by others and of being embarrassed or humiliated by their own actions. Social Phobia is considered a disorder if it is severe enough to adversely affect social or occupational functioning.

Up to 13 percent of the adult American public suffer from Social Phobia — 40 million people. {{1}} The reference article on Social Phobia has much more information. Also check out the “Social Phobia” category for several articles on the subject.

Research on barriers to getting treatment for Social Phobia

Why are people not being treated?

Mark Olfson of Columbia University and his colleagues became curious about what the effects of Social Phobia were on the lives of people not being treated for their disorder, and why people did not seek treatment for the disorder {{2}}. They studied data collected from participants during the National Anxiety Disorders Screening Day to discover the reasons {{3}}. There were 1,240 screening sites in all 50 states and the District of Columbia. A total of 14,462 participants were included in the study.

Of the participants in the study, it was discovered of those with Social Phobia:

Most do not seek care for mental health

Most adults in the United States with Social Phobia do not receive mental health care for their symptoms, despite the availability of effective treatments. Among the major mental disorders, only drug and alcohol use disorders have lower rates of treatment. In the well-known Epidemiological Catchment Area study, for example, 72 percent of community respondents with Social Phobia reported that they had never received outpatient mental health treatment {{4}}.[[4]]United States Department of Health and Human Services, National Institute of Mental Health. (1992). Epidemiologic Catchment Area Study. Retrieved November 6, 2008 from Inter-University Consortium for Political and Social Research Web site: http://webapp.icpsr.umich.edu/cocoon/ICPSR-STUDY/06153.xml [[4]]

The decision to seek treatment may occur only when symptoms become sufficiently severe, disruptive, serious, or unpredictable that the individual can no longer manage or control them without assistance. Self-appraisal of illness severity is widely believed to influence the decision of whether to continue coping without assistance or to seek professional help.

Significant negative impact on your life

Barriers to treatment of Social Phobia

The study found several barriers to treatment for Social Phobia that were similar to those for mental illnesses {{5}}. However, they also found some that seem to be unique to Social Phobia. Prominent among them is the fact that socially anxious people are often ashamed of their symptoms and embarrassed to discuss them with others. The very symptoms they need to relieve may interfere with their ability to seek treatment!

[[5]] There have been many studies of why depressed people do not seek treatment. One study, for example, reported that a substantial proportion of depressed adults who had not sought treatment believed they could handle the situation themselves (77%), treatment would not help (46%), or they could not afford treatment (36%) (14). A much smaller proportion (4%) did not seek treatment out of concern over how their friends and family might react. [[5]]

The researchers found many barriers to people getting treatment for their Social Phobia. Compared to participants without Social Phobia, those with the disorder were significantly are more likely to report that they:

Another formidable barrier is the lack of familiarity with Social Phobia among health care professionals. Although trained to recognize depression, bipolar disorder and other mood disorders, they are relatively unfamiliar with the Anxiety Disorders in general, and Social Phobia in particular. Referral rates for those with Social Phobia are much lower than for other mental disorders. Olfson speculates that this is because of:

What can be done to increase the treatment rate for people with Social Phobia?

No quick fixes to remove barriers

There are several things to be done to increase the treatment rate for people with Social Phobia, but unfortunately none of them are quick fixes or even possible. Indeed, some of them are hardened into our culture as misconceptions and stigma about mental illnesses. In short, what needs to be done is:

Social Phobia is the third most common mental illness, exceeded only by depression and substance abuse. Yet it is one of the least recognized and understood, both by the general public and by the medical community.

There has been an avalanche of research on Social Phobia over the past decade, all of it pointing to the fact that it is a potentially dangerous mental condition, and not merely “shyness.” There is a great deal of work to do to educate physicians and the public about Social Phobia!

Related Posts:
<= Previous Posts “What if I’m the ONE?” Intolerance of Uncertainty, Worry and Anxiety
Next Posts => Dizzy? It May Be an Anxiety Disorder!
6 comments… add one

Hi Mike – I had no idea that such a huge percentage of the population were suffering from social phobia. As you point out, the very nature of the illness is likely to prevent them from asking for help.

When I first suffered from PTSD, I also suffered from many of the symptoms you described. But as I began to recover my confidence came back again.

Thanks for the comment, Cath, and welcome to Anxiety, Panic & Health!

Even though I research and write about it, I am continually amazed how prevalent unrecognized mental illness is in our society. Many people just suffer in silence when help is readily available that could alleviate their suffering for a lifetime.

There are two things at work here: 1) the lack of knowledge of the general public about mental illnesses, and 2) the stigma of mental illness. Unfortunately, educating the public will be a long time coming, especially since there seems to be little interest in doing so. And the stigma of mental illness that is so ingrained in our society is reinforced every day by the media. I hate to sound so grim about the chances of things changing any time soon, but I think the evidence supports it.

Educating Anxiety Disorder sufferers — and others, too — is the main reason why I started this blog. It’s not even a half drop into an ocean of ignorance, but it’s more than no drop!

Just wanted to tell you all know how much I appreciate your postings guys.
Found you though google!

As an aside to the point made about drug and alcohol abuse. There is also the problem of habituation to prescribed medication for people fighting anxiety. The benzodiazepines spring particularly to mind. There is a sick irony that the medical profession are far too often compounding peoples problems. I speak from 20 years work as a nurse and therapist working with, amongst other areas, people with anxiety disorders and drug/alcohol problems.

Hi Mike,
I have suffered all of these symptoms along with many more. At one time in my life I was crippled by mental illness – today I am FREE!
The core in my opinion is, those afflicted with mental illness, regardless of the lable and degree, need to shuck the stigma they have and take responsibility for their recovery!
I laid in bed believing what society taught until I was so angry that I blew up and decided that I would PROVE them WRONG!
August the 15, 1994 to be exact, my chains broke and I was set free. I stoped being the standard and became the exception!
Today I am a professional mental health provider and very proud to be who and what I am! Nothing can stop me, nothing can hold me down, and nothing in my life controls me any longer.
The stigma that stopped me was within me. When I decided that I would no longer believe what others said about me and would do what ever it took to become a worth while person, nothing could get in my way.
Recovery to me is, “BEING THE BEST THAT I CAN BE, DOING THE BEST THAT I CAN TO BE BETTER TODAY THAN I WAS YESTERDAY, AND BEING OK WITH WHO I AM AND WHAT I STAND FOR!”
I dont have to be accepted by other because I accept myself!
From 17 prescriptions a day to being free of all chains! That is what recovery is all about! I take one medication for ADHD, but can function mostly without it.
My life is centered around providing peer support to others and helping them to be their very best.