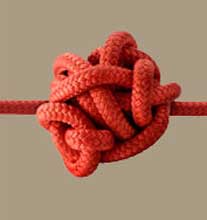 The subject of this blog are the Anxiety Disorders, obviously.

But I just realized that, aside from the reference information listed on the sidebar, I have never given a succinct list of what the primary Anxiety Disorders are.

This is the first of a two-part series that describes the main Anxiety Disorders. Note that every heading has a hyperlink to the full Reference article. Today’s post will cover the following:

The National Institute of Mental Health (NIMH) estimates that about 18.1 percent of the American people age 18 and older suffer from some sort of Anxiety Disorder. That’s 55 million people! According to the Anxiety Disorders Association of America (ADAA), the US economy loses over 42 billion dollars yearly due to undiagnosed, misdiagnosed and under-treated Anxiety Disorders. Less than one-third of those affected with Anxiety Disorder are treated, the ADAA found in a 1999 study.

Everybody has anxiety. It is a normal reaction to stress, a threat, or an emergency. The “fight or flight” response is built into humans as a way to prepare the body and mind to take on a situation that requires the ultimate of preparedness. It helps us do better on a test, run faster in races, and escape from a burning house.

However, when the “fight or flight” response does not turn off, or is too easily triggered, the human body becomes continually ready for action. This results in a serious imbalance in the body and brain’s chemistry, and leads to real trouble, both physically and mentally.

Anxiety Disorder: locked in a prison

The person with an Anxiety Disorder is locked in a prison, seemingly without any control of their own actions or environment. Untreated Anxiety Disorders cause people to avoid situations that trigger or worsen their symptoms. They are much more likely to suffer from depression. Many turn to alcohol or drugs to gain some sort of temporary relief. It is common for people with Anxiety Disorders to suffer family problems, poor job or school performance, and a crippling lack of self-esteem and self-confidence. Anxiety Disorder disrupts your life in many ways, all negative.

Although the symptoms of the various types of Anxiety Disorder vary, generally they may include:

People with Agoraphobia typically are house-bound, or find it extremely difficult to leave their homes, even when accompanied by another person. The NIMH estimates that there are 1.8 American adults with a history of Agoraphobia without Panic Disorder. About one in three of those with Panic Disorder develop Agoraphobia, as well — another 2 million.

Agoraphobics’ fears come in clusters, or groups rather than a single fear, which is characteristic of Social Phobia. Common symptoms of Agoraphobia are the fear of:

The Diagnostic and Statistical Manual of Mental Disorders (DSM-IV) of the American Psychiatric Association defines Agoraphobia as:

Worry is the defining characteristic of GAD. Excessive worry and anxiety that are unrelieved often develop into GAD. Sufferers find that their normal daily life is impaired by their worrying, and in extreme cases, they cannot hold a job, they have serious relationship difficulties, and sometimes they are confined to their home. The NIMH states that about 6.8 million American adults have GAD.  GAD can begin across the life cycle, though the median age of onset is 31 years.

GAD symptoms can include nausea, vomiting, and chronic stomach aches. Symptoms used in the diagnosis of GAD are:

The DSM-IV has quite stringent requirements for diagnosing someone as having GAD in order to separate it from “normal” anxiety and worry. The criteria are:

OCD is a psychiatric Anxiety Disorder characterized by recurring and disturbing thoughts (called “obsessions”). Most people with OCD — about eighty percent — also engage in repetitive, ritualized behaviors that the person feels driven to perform (called “compulsions”). The NIMH states that about 2.2 million adults in the US have OCD.

An important distinction with OCD is that the person recognizes that their thoughts or behaviors are senseless or excessive. However, the drive to actively dismiss the obsessions or neutralize them by engaging in compulsions is overpowering. Most people with OCD have multiple types of obsession and compulsion. OCD can be accompanied with other mental illnesses, such as eating disorders, Anxiety Disorders, or Depression.

Every OCD sufferer has a different set of tasks and rituals. Common OCD compulsions include:

This is the shortest summary I could make without leaving out important information you should know. Note that each of the Anxiety Disorders is hyperlinked to the full discussion in the Reference section.

Related Posts:
<= Previous Posts Stress and Its Impact on Your Life
Next Posts => Anxiety Disorders: Just What Are They? – Part 2
0 comments… add one