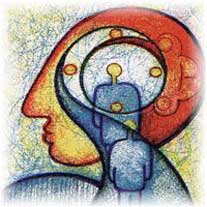 Social Phobia is an Anxiety Disorder that affects up to 40 million Americans.

Also called Social Anxiety Disorder (SAD), Social Phobia, is characterized by overwhelming anxiety and excessive self-consciousness in everyday social situations. People with Social Phobia have a persistent, intense, and chronic fear of being watched and judged by others and of being embarrassed or humiliated by their own actions.

So far, there have been no medications approved by the FDA specifically for the treatment of Social Phobia. The only medications proven to be effective have been antidepressants such as Effexor and Nardil, and Benzodiazepines such as Klonopin and Xanax.

In two different studies scientists have shown that the hormone oxytocin can inhibit the feelings of Anxiety in people with Social Phobia. These people were able to socially interact much more effectively and showed greatly reduced fears, as well. These discovery may lead to a better understanding and treatment of psychiatric conditions such as Social Phobia, in which people feel distressed when meeting and interacting with others.

Predrag Petrovic, one of the authors of a Swedish study, said that,

[O]xytocin can reduce anxiety and increase the chances of social contact for people with certain types of psychiatric disorder. There are also previous studies to show that oxytocin can inhibit [fear] activity, which tells us that we should see this as an opportunity for new forms of treatment.

What is Social Phobia?

Individuals with Social Phobia typically become intensely anxious, with increased heart rate, sweating, and other signs of nervous arousal during a social encounter. They may experience symptoms resembling a panic attack. These physical symptoms may cause additional anxiety, often leading to a habitual fear response that reinforces the anxiety of public situations.

Social Phobia is considered a disorder if it is severe enough to adversely affect social or occupational functioning.  Although it is common for many people to experience some anxiety before or during a public appearance, anxiety levels in people with Social Phobia can become so high that they begin to avoid social situations. This fear may become so severe that it interferes with work, school, and other ordinary activities, and can make it hard to make and keep friends.

While many people with Social Phobia recognize that their fear of being around people may be excessive or unreasonable, they are unable to overcome it. People with SAD often suffer “anticipatory” anxiety — the fear of a situation before it even happens — for days or weeks before the event. In addition, they often experience low self-esteem and depression.

Social Phobia can be limited to only one type of situation — such as a fear of speaking in formal or informal situations, or eating or drinking in front of others — or, in its most severe form, a person experiences symptoms whenever they are around other people at all.

Oxytocin is a natural brain chemical

Oxytocin is a natural neuropeptide, a brain chemical, that is secreted by the body to induce a calming effect. It is best known for its roles in female reproduction, where it is released in large amounts in childbirth, and when the nipples are stimulated, facilitating breastfeeding.

Oxytocin also has been shown by researchers to have a role in:

Most of these roles have a direct bearing on Social Phobia. For example, people with Social Phobia have a hard time making and keeping friends and trusting others to not judge them.

Oxytocin has been used for years, primarily for the inducement of labor in pregnant women.

There are few publicly-available commercial sources of oxytocin. Those few sources are all nasal sprays claiming to enhance sexual arousal and pleasure.

Why are these discoveries important?

As mentioned, there are no specific drug treatments for Social Phobia. The treatments that are available are effective for Anxiety Disorders in general, but are being used “off-label” to treat Social Phobia.

Discoveries of this sort may lead drug researchers to develop new uses for oxytocin as a specific treatment for Social Phobia. It is a natural hormone produced by the body, and therefore would not face the years of rigorous testing required for new synthetic drugs.

It is attractive to think that a natural hormone could be used to quell the fears and enhance the lives of people with Social Phobia. It is a remote possibility that the drug companies will pick up on these findings to test and produce treatments, but I think it much more likely that such activity will have to come from a private or government-funded source.

<= Previous Posts Drugs Are Not a Silver Bullet! There’s Another Way to Gain Relief!
Next Posts => Stress and Its Impact on Your Life
10 comments… add one

Wow this sounds a lot like an extreme version of me. Maybe I have a mild case of Social Phobia. I’m surprised there was no information about how to naturally increase one’s own production of oxytocin. Is there any way to do this, through diet or exercise, etc? It seems that should be the first treatment one could try, with little to no risk of adverse effects.

I am happy I discovered this weblog, I couldnt discover any info on this subject matter prior to. I also run a site and if you want to ever severe in just a little bit of guest writing for me if possible feel free of charge to let me know, i am always appear for individuals to check out my site. Please stop by and leave a comment sometime!

I found this blog very helpful, I am not the extreme case but I’m experiencing enough to disrupt my lifestyle, I don’t trust anybody and I am having trouble making and keeping friends, you may be interested in this research I was reading.
http://www.flyfishingdevon.co.uk/salmon/year1/stressho.htm

Okay, It may be my brainfog…but where can you get this oxytocin? Do you ask your doc or is it over the counter?

This is all just peachy keen. It has been all over the web for 3 years. One question…Where the He** can a person get it in the U.S.A., i.e., when will it be LEGAL and PASSED by the FDA for use and when will Dr.s start PRESCRIBING it?????????

Love it . I have been looking for something like this . Great information I will be back for more info in regards to heart healthy diet.

Do you mind if I quote a few of your articles as long as I provide credit
and sources back to your blog? My blog is in the exact same area of interest as yours and
my visitors would certainly benefit from a lot of the
information you provide here. Please let me know if this alright with you.
Regards!