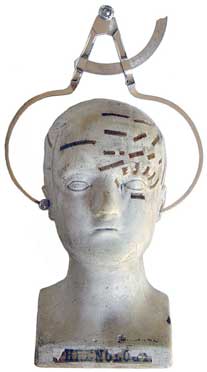 It’s been a great week here at Anxiety Central!

There have been two (long-promised) firsts: a book review and the answer to a reader question.

And two posts are on their way to being among the most popular ever:

One in five British parliamentarians suffers from a mental illness

One in five British parliamentarians suffers from a mental illness caused by the stress in their lives, according to a recent confidential survey. According to the rules, Ministers of Parliament have to give up their seats for life if they are found to be mentally ill for six months. Those questioned in the survey said they feared disclosing their struggles because of stigma, discrimination and the fear of losing their seats.

Read the entire story from The Independent , “One in five MP’s suffers from stress-related mental illness.”

This is a subject that I have often wondered about. There are many implications for mental health care in the United States, given the mix of so many cultures in the population. What do people of Hispanic origin say about their mental health problems when they go to the doctor? Irish origin? Egyptian? Congolese? I am almost certain that doctors and mental health professionals don’t have a clue about this, given the paucity of studies on the subject.

I have seen no similar study of Anxiety Disorders, but I would imagine that the same would hold true. People in East-Asian cultures with Generalized Anxiety Disorder might emphasize the fatigue and muscle tension, while North Americans may complain of uncontrollable worrying and concentration problems.

There are many phobias out there, some of them quite unusual. It seems that if there is something to fear, there’s a word for it! One of the best and most complete lists of phobias I’ve found is The Phobia List.

Ed Sanderson, of Ed’s Health Tips sent me a very funny video from the Israeli sitcom Kzarim. It’s setting is a fear management group therapy session. Fortunately, none of the fears of the participants are on any phobia lists!

Crowing and/or tooting my own horn!

Allow me to crow a little, please! The first post on this blog was June 25, 2008, so it’s been going for not quite 8 weeks. In that time the blog has had over 2,000 visitors who viewed about 4,000 pages. That’s pretty good for a new site not touting the foibles of Britney Spears and Paris Hilton!

You can find a list of the most popular posts in the right sidebar. Also take a look at the “Sitemap” tab, which lists all the posts on this blog. The posts with over 150 readers were:

If you have enjoyed this article, please consider subscribing to this blog, either via RSS or email at the top of your screen. I would also appreciate your sharing it using your favorite social media, such as StumbleUpon or Digg. Just click the little green “ShareThis” button at the bottom of this post.

Related Posts:
<= Previous Posts Book Review: Fear and Other Univited Guests by Harriet Lerner
Next Posts => 10 Reasons Why We Lie to Our Therapists
1 comment… add one