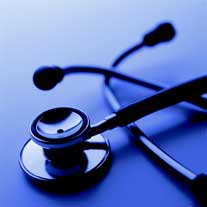 A new report shows that one-fourth of all stays in U.S. community hospitals are for mental health disorders.

The study was made from an analysis of hospital data from 2004. It comes from the Health and Human Services Agency of the federal Agency for Healthcare Research and Quality (AHRQ).

The study is the first documentation of the full impact of mental health and substance abuse disorders on U.S. community hospitals. According to the report, about 1.9 million of the 7.6 million stays were for patients who were hospitalized primarily because of a mental health or substance abuse problem. Of the 5.7 million other stays for other conditions, many were also diagnosed as having a mental disorder.

One-third of the stays for mental health issues were for uninsured patients. The remaining two-thirds were paid by Medicare, Medicaid and private insurers.

Sources of the report

All non-federal hospitals were included

The report is based on 2004 data, the latest currently available. They are from the AHRQ’s Healthcare Cost and Utilization Project Nationwide Inpatient Sample, a database of hospital inpatient stays that is nationally representative of all short-term, non-federal hospitals. The data are drawn from hospitals that comprise 90 percent of all discharges in the United States and include all patients, regardless of insurance type, as well as the uninsured.

The report found that, of those 8 million hospital stays for mental health and/or substance abuse problems:

Over and over we see calls from the medical community for early intervention into mental health care issues. These calls have gone largely unheeded. Insurance companies still do not pay as much for mental health services as for medical or surgical services. Many companies have a lifetime cap on the amounts paid.

The public still labors under the twin burdens of stigma and scapegoating. This causes less than one-third of the public voluntarily seeking treatment for mental health issues. The remaining two-thirds only receive treatment when a crisis strikes.

The significant number of hospital stays related to mental health and substance use disorders signals the need for an increased national effort to identify and intervene early before the conditions require a hospital stay. Too often because of social stigma or lack of understanding, individuals and health care providers don’t recognize the signs or treat mental health or substance use disorders with the same urgency as other medical conditions.

I don’t know about you, but the results of this report surprised me. The magnitude of the mental health problem in the U.S. today staggers the imagination, yet little is being done about it.

If you have enjoyed this article, please consider subscribing to this blog, either via RSS or email at the top of your screen. I would also appreciate your sharing it using your favorite social media, such as StumbleUpon or Digg. Just click the little green “ShareThis” button at the bottom of this post.

That is a good tip particularly to those fresh to the blogosphere.
Simple but very precise information… Appreciate your sharing this
one. A must read post!