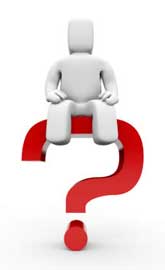 You may know someone who is guilty of it and not even aware of it.

It is one of the many ways that the discounting, stereotyping and stigma of mental disorders is perpetuated. It is discriminatory, in the same way that sexism and racism are.

It is one of the ways the media distorts the symptoms of mental illness to suit the ends of comedy and drama.

Clinomorphism is the deliberate or unintentional simplification, alteration, exaggeration, or amplification of the term for a medical condition, usually for dramatic effect:

What are some examples of clinomorphism?

The simplest example is panic attacks. Panic attacks are a real psychological disorder. The sufferer experiences a sudden, devastating attack of choked breathing, pounding heart, wrenching muscle tension and other mental and physical symptoms. It is no joke.

Yet many people will describe their having a “panic attack” when they mean they had a moment of unpleasant surprise, embarrassment or confusion. This diminishes the very real suffering of people who have Panic Disorder, whose lives can be wrecked by it.

How many times have you heard someone described as being picky and pedantic about something as “OCD?” That’s wrong, wrong, wrong. Those are symptoms of OCPD. And how many offhand remarks have you heard about someone being “OCD” who checks that the front door is locked? While checking and rechecking are a symptom of OCD, the use of the term without the person’s having genuine symptoms is a clinomorphism.

People with schizophrenia are commonly referred to by the public and the media as having “split personalities.” That is a symptom of Dissociative Identity Disorder, not schizophrenia. And that schizophrenics see hallucinations, when the vast majority who experience hallucinations have the auditory type. Two more examples of clinomorphisms.

And we laugh at geeks all the time. However, the media continually misapplies mental disease labels to geeks who are actually displaying only variants of normal behavior. For example, Wired Magazine published an article in 2001 entitled “The Geek Syndrome” in which they speculated that geeks displayed the signs of autism or Asperger’s Syndrome.

While shyness, lack of athletic ability or social skills, and intellectual interests may be unusual to some, they definitely are not signs of autism or Asperger’s syndrome. This is an example of the media’s clinomorphism.

Do clinomorphisms just result in hurt feelings, or are they dangerous?

Sure, clinomorphisms hurt people’s feelings and make them and their caregivers hopping mad. But dangerous? Yes, definitely.

First, let’s recap what clinomorphisms do: They make people assign false labels to themselves and others based on half-knowledge and cultural mythology. Every headache is a ” migraine,” every reaction to a surprise is a “panic attack.”

And clinomorphisms make people distill real symptoms into something that is culturally acceptable, easily understood, and completely false. They make the ridiculing and discounting of the symptoms of mental disorders easy and almost unavoidable.

So, people with Post Traumatic Stress Disorder (PTSD) are simply “malingering.” Those with Generalized Anxiety Disorder are “worry warts.” People with ADHD are being “disobedient.” And those with dyslexia become “stupid.” People who have Social Phobia are only “very shy.”

Clinomorphisms promote such statements as “just snap out of it,” and “get a grip” when these people need professional treatment.

Because clinomorphisms have become the cultural standard, the sufferers themselves think of themselves in these terms. Thus, the person with PTSD thinks that they can “just snap out of it” and that they are a malingerer for not being able to do so.

Clinomorphisms are responsible for many, many people not getting the mental health care they so desperately need!

So what’s to be done?

Just as all politics are local, all change starts with you. In the same way that you filter your speech to remove sexism and racism, you can monitor your speech to avoid clinomorphisms.

And you can help other people be aware of what they are inadvertently saying. If you are really worked up about this, as I am, you can write to the media outlets when you see examples of clinomorphisms in the media.

Clinomorphisms only continue the stigma of mental illness, and only reinforce discrimination against people who suffer with it.

You can do something about it!

If you have enjoyed this article, please consider subscribing to this blog, either via RSS or email on the top of the right sidebar. I would also appreciate it if you shared this article with your favorite social media, such as StumbleUpon or Digg. Just click the little green “ShareThis” button at the bottom of this post.

Wow, you really have an interesting point here that I had never heard or thought of before. There’s so many times people say this, and i know i can be like this sometimes too, but i’ve always kind of assumed it was me just being naturally insensitive and others being too melodramatic…i’m going to have to think about this a little!

Unfortunately, clinomorphisms have become part of our everyday speech. Most people who use them aren’t intending to be cruel, or to increase the stigma against the mentally ill, but that’s what they are doing!

But it can be changed.

I grew up in the South in the 1950’s and 60’s. The “n-word” was used regularly with no thoughts behind what it was doing to African-Americans. But now the only time I hear it is in rap tunes. It took years of people being sensitive to how their speech hurt others, but it has been successful to a large degree.

The same thing can be accomplished with clinomorphisms. But, alas, I’m afraid that it will be a long time before people become more sensitive to the conditions and feelings of people with mental illnesses. The media would have to be the first to change, and they are not likely to do it any time soon — anything for a laugh line.

Actually, a lack of normal social skills are a symptom of both Autistic disorder and Asperger’s disorder. As for clinomorphisms, I agree totally. One of the more insidious ones is the common use of the phrase, “I am depressed” when a person is really only disappointed, sad, or blue. As you pointed our, while there are legitimate syndromes and conditions out there, we need to guard against pathologizing every normal variation in emotion.

What concerns me most about clinomorphisms is how they get in the way of people getting treatment for real symptoms. They misinform the public about valid symptoms, and cause sufferers to minimize what they are feeling, or to think that they can “snap out of it” as quickly as the “depressed” person whose only complaint is that their favorite tv show has been cancelled.

Undeniably believe that which you stated. Your favorite
reason seemed to be on the internet the easiest thing to be aware of.

I say to you, I definitely get irked while people consider worries
that they plainly do not know about. You managed to hit the nail upon the
top as well as defined out the whole thing without having side effect , people could take a signal.

Will probably be back to get more. Thanks