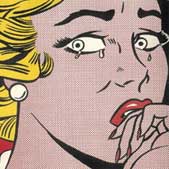 The National Institute of Mental Health estimates that 40 million American adults, or 18 percent, of people have an Anxiety Disorder in a given year.

In addition, it is estimated that nearly 15 percent of US soldiers returning from Iraq and Afghanistan develop Post-Traumatic Stress Disorder (PTSD).

PTSD can lead to myriad problems that hinder daily life – or ruin it altogether – such as drug abuse, alcoholism, marital problems, unemployment and suicide.

This increases the urgency to develop better treatment strategies for Anxiety Disorders.

Important new research has found that there is a type of cell in the brain that counteracts the fear response central to Anxiety Disorders, potentially paving the way for more effective drug treatments.

Brain imaging studies have revealed that the amygdala, a small structure in the brain known to play a key role in fear and Anxiety, is hyperactive in many of the Anxiety Disorders, including PTSD. It is also responsible for the formation of new fear memories as a result of experience, such as learning to fear the sound of a rattlesnake’s tail rattling.

A recent study by Denis Paré, professor at Rutgers University, has identified a critical component of the amygdala’s neural network, what are called Intercalcated Amygdala Neurons (ITC). These are normally involved in the extinction, or elimination, of fear memories. His research was published online by Nature on July 9, 2008 and is scheduled to appear in the print edition later in July.

In order to understand the importance of this research, you must first understand conditioned response and the extinction process.

A conditioned response is something learned by humans and animals in response to events in their environment. The classic example of this is Pavlov’s dogs. He taught them to salivate when a bell sounded, whether or not there was food for them.

Humans learn to fear things based on events in their environment. If something happens to us, we associate the context of the environment at that time with the fear. This is conditioned response.

For example, we had a neighbor once who had grown up in Germany during WWII. As a girl she had seen the devastation that the bombs caused and knew people who had been killed or injured by them. She told us that the sound of air raid sirens struck such fear in her heart that she was almost unable to run to the air raid shelter. She learned a conditioned response to the sound of sirens.

The extinction of fear

However, a conditioned response can be diminished with the repetition of the things associated with the fear, but without the thing that caused the fear itself. This is the process called extinction. This process is similar to that used to treat phobias, where the person is presented with the feared object or situation in the absence of danger.

Returning to the example of our neighbor, she was first afraid of any siren. She gradually learned to not be afraid of fire trucks and police cars. Her fear was nullified by extinction.

Behavioral studies have shown that extinction does not completely abolish the initial fear memory, but rather leads to the formation of a new memory that inhibits conditioned fear responses. In other words, the new extinction memory counteracts the old fear memory.

But extinction memories are also context-sensitive, so they have to be relearned in every new situation where the fear response might be triggered.

Our neighbor had to learn how to not be afraid of sirens while riding in a car, while walking down the street, while in a building like her house, and so on. But she never lost her fear of weather sirens because they were so infrequently heard she didn’t learn new extinction memories for them.

Extinction memory will only be expressed if tested in the same environment where the extinction training occurred, implying that extinction does not erase the initial fear memory but only suppresses it in a context-specific manner.

What all this means and why it is so important

The importance of this finding suggests that PTSD and other Anxiety Disorders reflect a deficit in the ITC cells that counteract memories of fear, and that the amygdala, which produces those fears, is hyperactive.

As a result, it might be possible to compensate for this abnormality by developing drugs that enhance the action of the ITC cells to counteract the fear produced by the amygdala.

The discussion of this new finding has been long and technical, and if you’ve gotten this far, I hope you grasp how important it is. For the first time, the possibility of extinguishing the fears of Anxiety Disorder has been found.

It’s interesting, but I don’t think it’s earth-shattering. I’m skeptical that the amygdala is the sole locus of anxiety disorders. (I’m inclined to think my own is “located” in my intestinal system–too much info, I know!) And anyone with just one (fairly recent) psychology course in animal behavior learns about learning theory – Pavlov and B.F.Skinner, the conditioned-response guy.
Now that you’ve got me thinking about it, my very tentative opinion is that “anxiety disorder” is like “cancer” — one name, many many different diseases.

The reason I feel this discovery is so important is that the mechanism for counteracting fears has been found. If medications could be developed to mimic this mechanism, it would offer relief to Anxiety Disorder sufferers of all types, particularly those with PTSD.

The amygdala may be the seat of fear in the brain, but it is not the only cause of Anxiety Disorders. There are several other areas that are involved, such as the pre-frontal cortex. The imbalance of several brain chemicals such as serotonin, norepinephrine and dopamine have been been implicated in many of the Anxiety Disorders. In addition, the pituitary and adrenal glands and the hypothalamus have been investigated for possible involvement, particularly in Post-Traumatic Stress Disorder.

Of course, the investigation of Anxiety Disorders is in its infancy. It seems that every week or two some study finds a new cause for one Anxiety Disorder or another. And the search for genetic causes has just started, and is likely to turn up new discoveries.

Your comparison of Anxiety Disorders with cancer is intriguing. The current diagnostic “Bible,” the DSM-IV, was published in 1994. It is responsible for the current lumping together of so many mental disorders under the Anxiety Disorder umbrella. It is undergoing revision right now. I think when the new revision comes out we will find some surprising changes in the way Anxiety Disorders are categorized, diagnosed and treated. In particular, many of them will be linked with other mental and physical disorders.

I would be the first to try this drug. I have tried so many different things for my anxiety and spent so much money. If this is factual, than by all means get it out to the public. I would love to have no more anxiety and to enjoy my life with my family again!!! Thank you for your post.

This is exactly what I was looking for. Thanks for sharing this great article! That is very interesting and I am always searching for informative information like this!