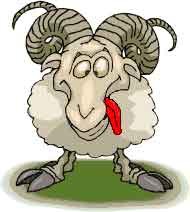 Do any of these attitudes seem familiar?

These findings are from a poll released by the U.K.’s Department of Health in May, 2008. There is ample evidence to show that the same stigma attached to mental illness in the U.K. is just as operative in the United States.

Other research has found that nearly 9 of 10 people with mental health problems have been affected by scapegoating, stigma and discrimination. Two thirds of the mentally ill say they have stopped doing things because of the stigma they face.

Mental health stigma refers to society’s regarding mental illness as a mark of disgrace. The stigma is associated with the particular circumstances and quality of an individual. It leads to a stereotyped set of negative attitudes, inaccurate beliefs, and fears about mental illness. These influence how mental health issues are understood by our government and the general public.

There is no intrinsic reason why mental illness should be thought to be any more of a negative or frightening thing than physical illness, but it is. This is a long-standing issue, though it hasn’t always been that way.

But the fear and the urge to marginalize the mentally ill still remains, a holdover from the earlier part of the twentieth century when asylums were the norm.

Scapegoating of the mentally ill

It is easier to grasp how mental illness becomes stigmatized while physical illness does not by understanding scapegoating. It is one of the important ways that stigmas gets applied to mental illness.

The term scapegoating referred originally to an ancient ritual used to cleanse a community of sin and judgement. In the scapegoating ritual, the sins of a community were transferred from community members onto an animal (a goat or other animal suitable for sacrifice). The animal was then destroyed or driven away from the community.

To make sense of this ritual, it must be understood that the process of transferring sin was a psychological one, and not a physical one. Psychologically, what was actually being transferred was a set of negative judgments. These judgments were being transferred from one creature to another — from the self-concepts of the guilty, sinful community members to the goat. The psychological act of transferring personal sin away from the self and onto something else created a real relief in the minds of the community members.

While literal sacrifice of scapegoated animals is rare today, the psychological practice of scapegoating has remained alive and well. It has shaped our cultural attitudes towards mental illness. The mentally ill are pushed to the margins of society, denied equal status as “normal” citizens, and held in fear and contempt, or at best pity.

The failure of the community to understand and properly deal with  mental illness is put on the backs of the sacrificial goats — the mentally ill. They are driven away out of sight and mind to relieve the community of the uncomfortable fact that mental illness will affect one in six in their lifetimes, as well as the responsibility to deal compassionately and justly with the problem.

neither of which has any basis in reality:

Society acts on these mistaken and unsupported beliefs in profound ways:

This is the first of a two part series. Tomorrow: Coping with stigma and scapegoating.

Resources used in this article:

Interesting post…I work in a hospital (doesn’t specialize in mental health) but more than not I only see the ones who are very ill and sometimes lash out, harming themselves or us. But having said that I have some friends who have children who are bipolar and what they have to deal with is pure misery! Your post drew me to your blog through Ol’Prof’s blog. I will be back…thanks for sharing the otherside!
Hope to see at my blog soon!
Hugs,
Robyn

I’m afraid a large part of the general public thinks that *all* mentally ill people lash out, harming themselves or others. It’s amazing how one TV show or movie can undo years’ worth of slow, steady progress in educating the public about the true nature of mental illness.

But progress is being made; slowly the tide is turning! I look forward to the day when an employee doesn’t have to hide her mental illness to keep her job or advance. Or the day when no one will think any more of seeking treatment for a mental illness than for a physical illness.

Just keep plugging away! Incidentally, check out the second part of the series for more information on this.

Before the 17th century they thought mentally ill people suffered from demonic possession. The sixth grade in Church hierarchy was the exorcists, and active they were for over a thousand years.

@Richard: Yes, that could be the case with some of the more violent forms of mental illness. No doubt, some of the “witches” burned were mentally ill people. However, historical research into daily life before the 17th century shows that the mentally ill were usually integrated into the community in some manner. Many of the more benign forms of mental illness were considered a special gift of God. But all in all, mental illness was just a part of the variability of human existence.

I do know him, as a set of thoughtful and generous lines of text in my email program. ,

Hey! I just thought this series was great. I wanted to let you know I reposted your article on my blog with full credits to you. Also have links back to this blog and encouraged my readers to contact you and comment here. Glad to have stumbled across!
.-= sanityisknocking´s last blog ..Protected- Some Concerning Developments- Part One =-.

I was reading through some of your other stuff, and there is so much great stuff, that I would like to add you to my blogroll. Would that be okay with you? If you would like to see my blog, just follow the “Get the Password” instructions – if you don’t want to, sorry that this seems weird when you can’t see my blog.